Germany boasts the most competitive and innovative automotive industry in the world. In terms of total motor vehicle production it occupies the fourth place in the world, and it has the third highest car production. German cars won more international awards than any other country. 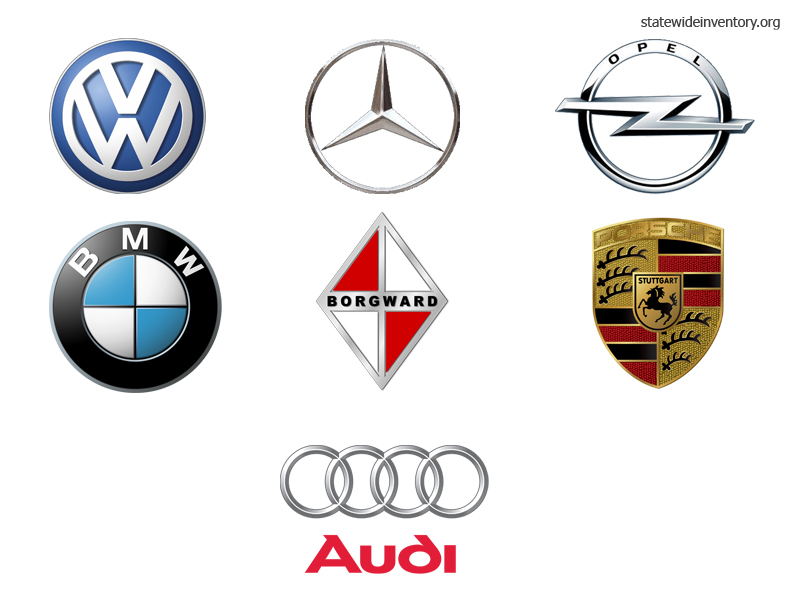 Audi Group has proved to be one of the most famous German car brands in the premium and supercar segment. In addition to Audi cars, this Group sells super sports cars under Lamborghini brand as well as Ducati motorcycles. In 2014 Audi delivered almost 2,000,000 vehicles to customers. Headquartered in Ingolstadt, Audi produces its cars also in Neckarsulm, Hungarian city Győr, Brussels (Belgium), Slovakian Bratislava and Spanish Martorell. There are also manufacturing facilities in China and Indonesia, while production in Brazil and Mexico is to start soon.

Its first motorcycle BMW R 32 appeared as far back as 1923. From Group headquarters in Munich (Germany) work in more than 150 countries is coordinated. In addition to Germany there are research and development centers in USA, Austria, Japan, and China. The company’s 30 manufacturing facilities are located in 14 countries. Established: 1916.

The Borgward group traces its history to 1905. In its heyday it used to be one of the most successful German car companies and sold more than one million vehicles. Due to financial problems it was forced into liquidation more than 50 years ago (1961), but in 2008 it was revived by the founder’s grandson and his partner. This brand will be backed up financially by Chinese Foton.

The subsidiary of Ford of Europe is based in Niehl, Cologne. During the last decade Ford’s sales and market share in Germany was about 6,5-7,5%. Ford Germany company sells passenger cars, as well as light commercial vehicles and ST models.

Adam Opel AG (HQ: Rüsselsheim, Hesse) is a subsidiary of General Motors. The history of the company can be traced back to 1862 when Adam Opel founded a sewing machine manufacturer that later started to make bicycles and automobiles.

Its high-performance sports cars, SUVs and sedans are sold all over the world, and this company is regarded as the most prestigious automobile brand. Founded: 1931, headquaters: Stuttgart.

One of the most successful German car brands is based in Wolfsburg. The company was created in 1933. Some of its models often appear in lists of the world’s best-selling cars. Beetle and Volkswagen Type 2 are often referred to as symbols of 1960s generation.

Being the birthplace of the automobile, today Germany is one of the world’s top four car makers. German car companies sell more than 10 million vehicles a year, more than half of which are produced within the country.