Toyota RAV4 is considered the first compact crossover SUV. The model launched in 1994 is still rather popular.

The RAV’s main (and oldest) rival is Honda CR-V, but it also competes with newer models, including Ford Escape, Kia Sportage, and Mazda CX-5. In some countries it’s Toyota’s only SUV, while in others there is also the FJ Cruiser available.
The SUV is often praised for its practicality, comfort, and reliability. It doesn’t offer outstanding performance, but has quite an assertive exterior. Some of its advantages include generous cargo room, impressive visibility, and a possibility of full-time 4-wheel drive, paired with maneuverability characteristic for smaller vehicles. 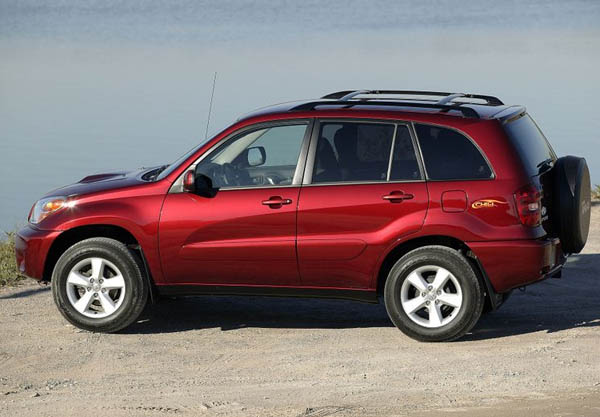 In 2005 the Japanese carmaker introduced a so-called CV Sport model to the Australian market. It didn’t stay at the market long, not more than a year. The model was launched with the purpose of stimulating sales before the 2006 version appeared. The 2005 Toyota RAV4 belongs to the 2nd generation of the RAV4, which, according to surveys, is the model with the highest proportion of female owners among all the cars in the US, except for the VW New Beetle. 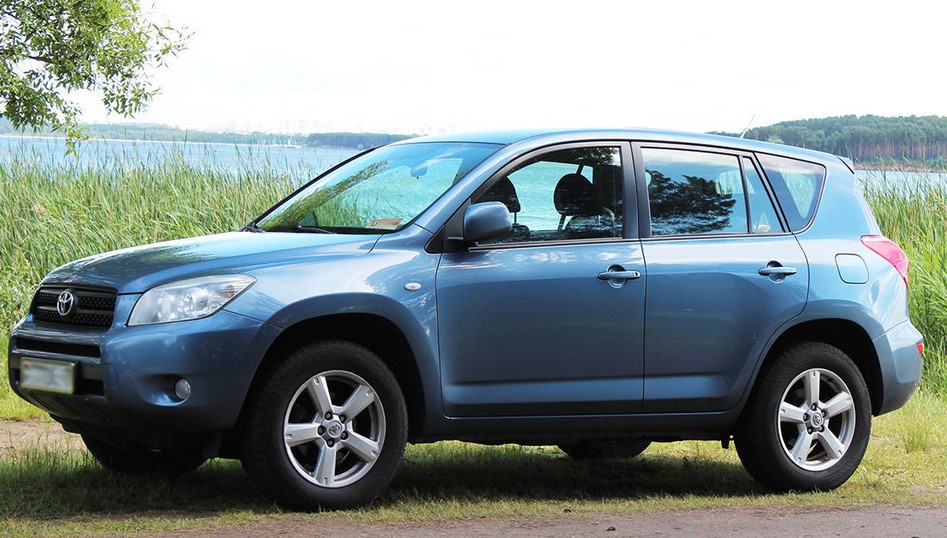 The third generation RAV4 was unveiled at the 2005 Frankfurt Motor Show. It was based on a completely new platform. Actually the SUV grew in size and price. The redesigned version existed in two versions: a short- wheelbase model available in Japan, the EU, and New Zealand, and a long-wheelbase available in Australia, New Zealand and North America. 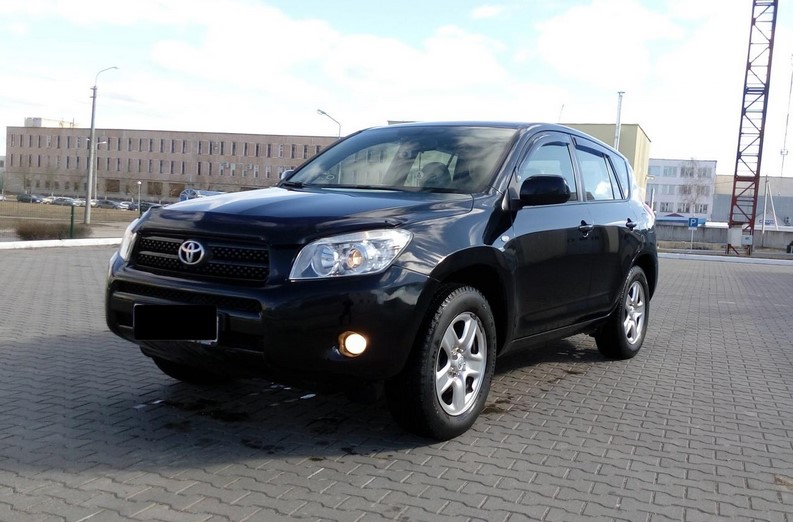 In 2007 the 3-door version disappeared, due to which the Toyota range stayed without a mini sports utility vehicle until the 2009 Urban Cruiser arrived at the market. We can’t say that a lot was changed in the RAV4 itself, as the major evolution actually took place a year earlier. 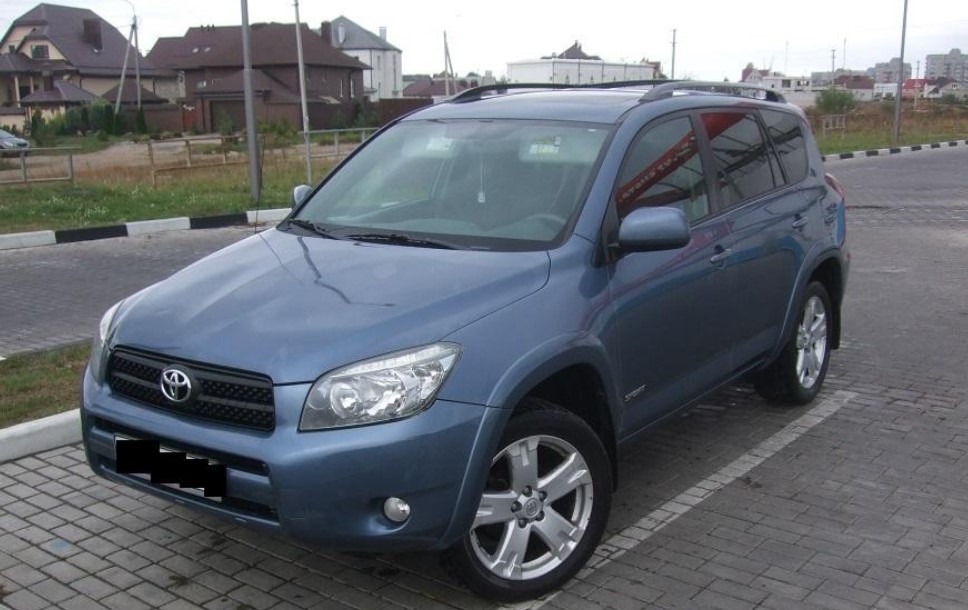 There were no major changes. Starting from the 2008 version, an anti-theft engine immobilizer became a standard feature for the Limited trims and optional in both basic and Sport trims. In addition to this, we can also mention minor tweaks for the RAV4 Sport model. 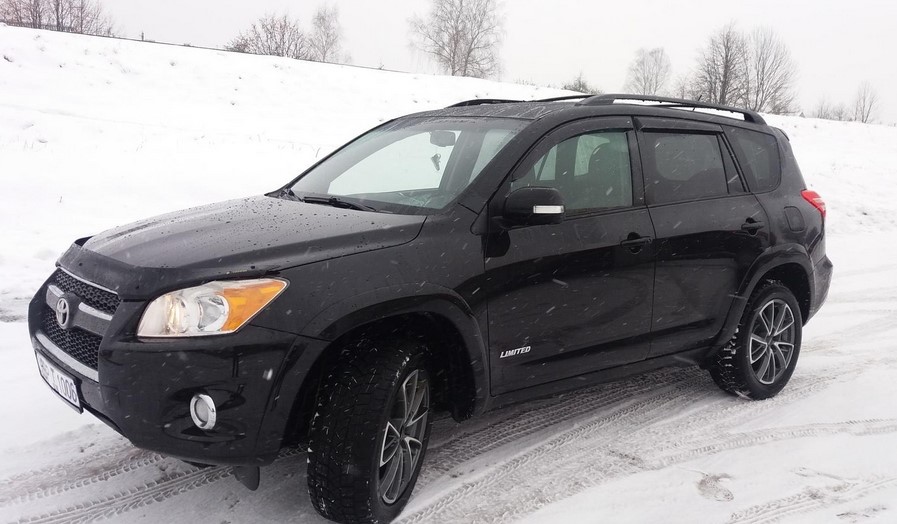 The 2009 model got mid-cycle refresh in some countries. Toyota’s designers introduced a modified crash structure. The front end was redesigned, and the rear end was tweaked. Probably the most considerable change of the year was the new 2.5-liter 4-cylinder engine. It had 179 HP and 172 lb-ft of torque.
It is worth mentioning that the Limited version received an individual grille and bumper cover, while the Sport version received a bigger spoiler and red badging. 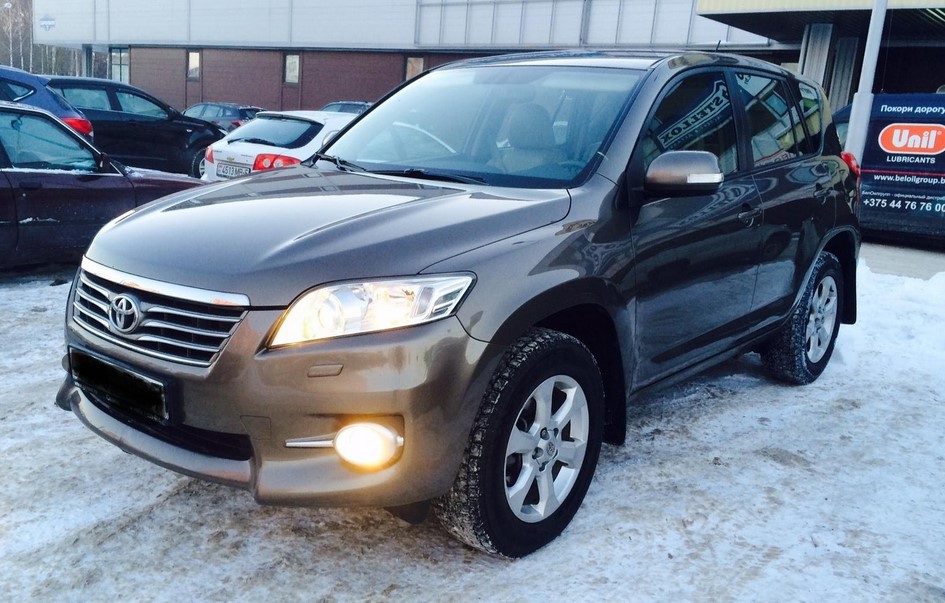 In 2010 the car got a very important update: an all-new engine. Instead of the 4-cylinder engine, introduced for the 2009 model year, the RAV4 got a six-cylinder one. It proved to be quite a successful update. 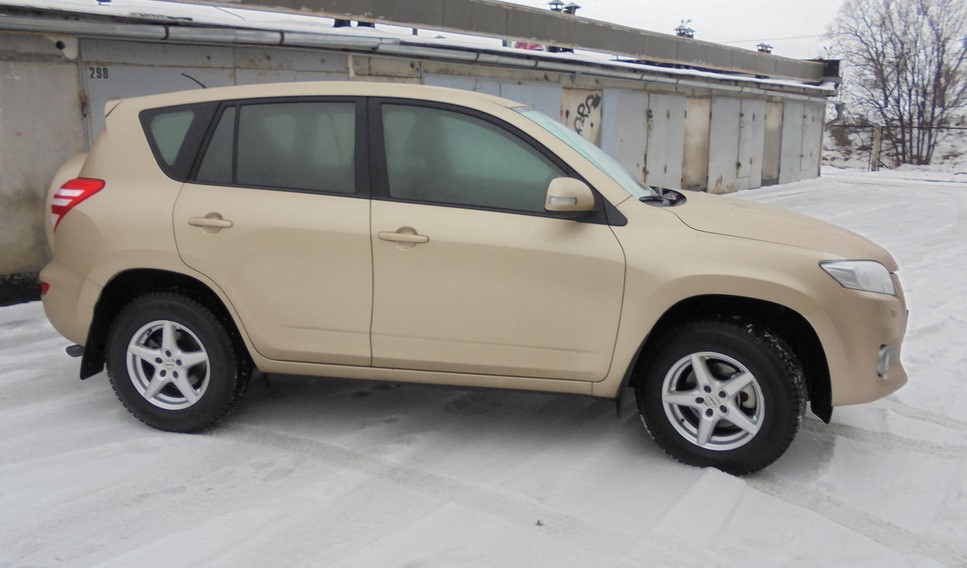 A new standard feature was added for the 2011 version: when a brake override system and the accelerator pedals are pressed at once, the former got a priority. In addition to this, an Extra Value Package was introduced for the base trim. Some of its features included a six-disc CD changer, and upgraded alloy wheels. There was also a power moonroof and privacy glass. 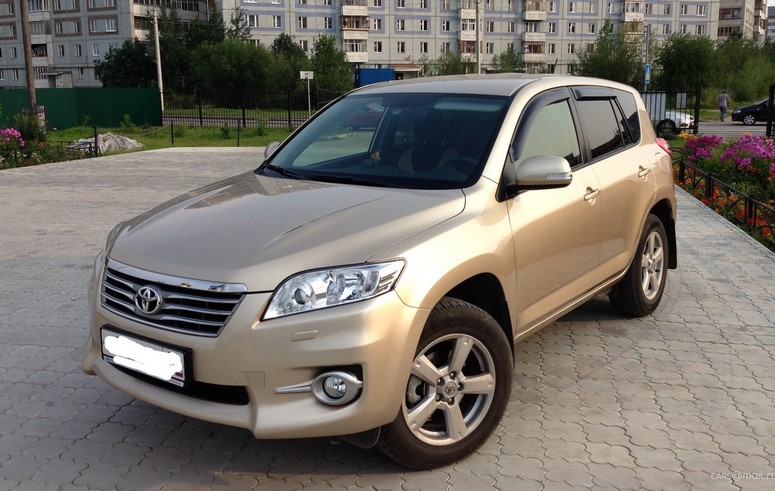 The 2012 Toyota RAV4 came a long way from the original 1996 RAV4. Due to the generous seating space and low-cost navigation option the model left behind such rivals as the Honda CR-V. As a result of these changes, instead of the car aimed at young singles, we got a vehicle for young couples with 1-2 kids. 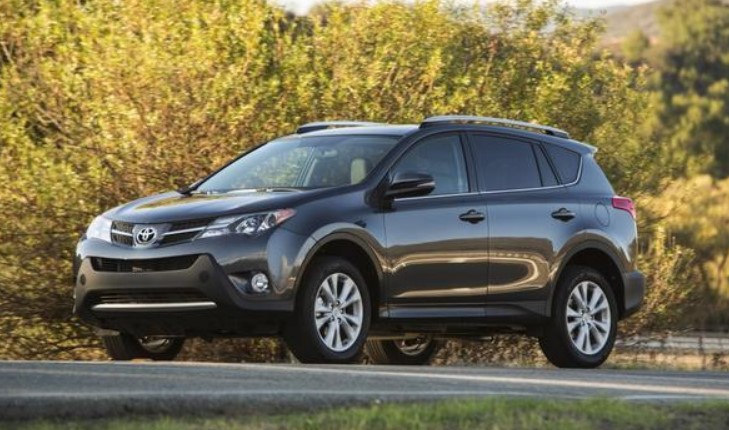 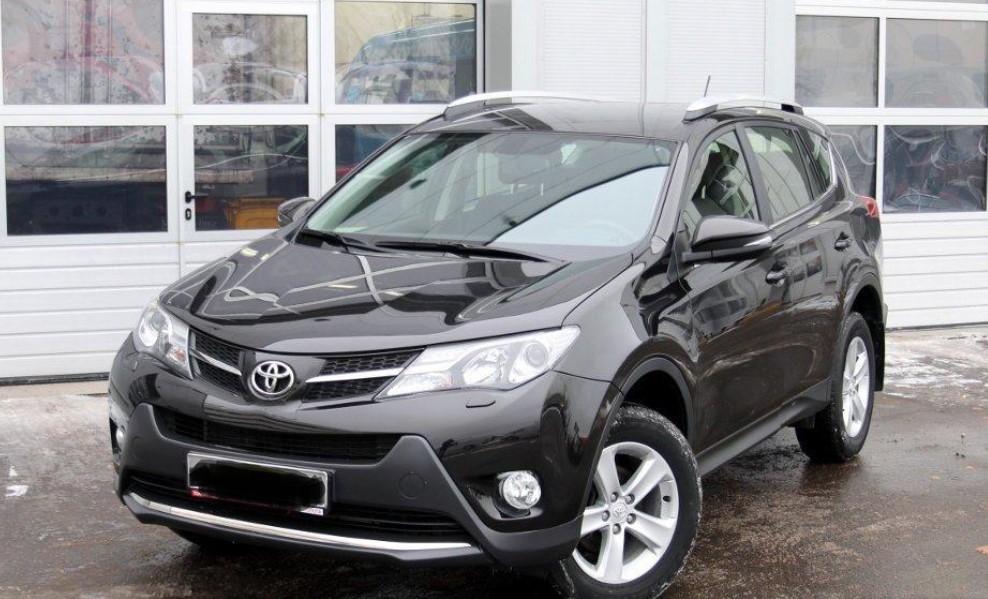 Taking into consideration the complete redesign, which took place the previous year, Toyota wasn’t going to introduce serious changes into its RAV4 as soon as the 2014 model year. However, the car got a couple of cosmetic upgrades. 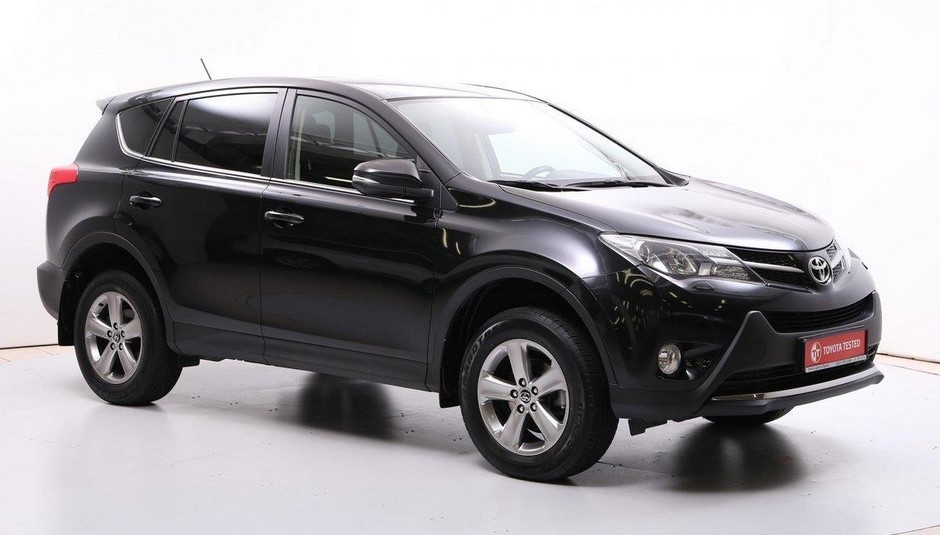 The 2015 Toyota RAV4 is a typical representative of the fourth generation RAV4. The Japanese automaker didn’t make any notable modifications in the car’s design in the 2015 model year, but changes were to come the following season. 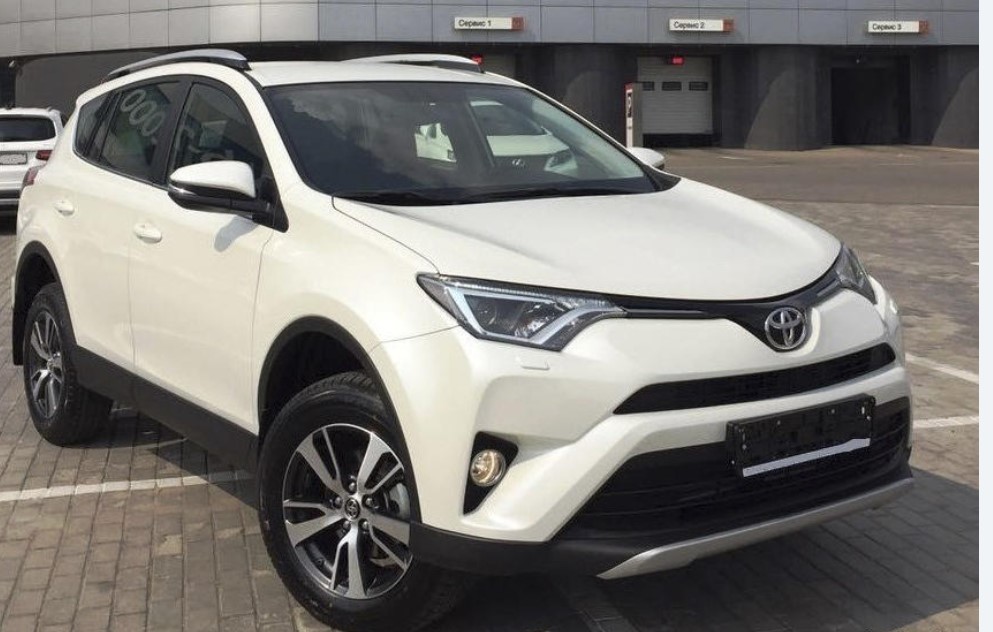 The company introduced a new facelift for the XA40 series, which could first be seen in the RAV4 Hybrid unveiled at the New York International Auto Show. The 5-passenger SUV came in LE, XLE, SE and Limited trims.
The LE trim featured 17-inch steel wheels and a driver blind-spot mirror, as well as roof rails, AC system, and a driver seat that could be adjusted by height. In addition to 17-inch alloy wheels, the XLE trim featured the Entune sound system, as well as heated mirrors, a sunroof, and a leather-covered steering wheel.
The SE trim was close to the XLE one, but also had a better tuned suspension, 18-inch wheels, and keyless ignition. The Limited trim combined features of the XLE and SE trims. 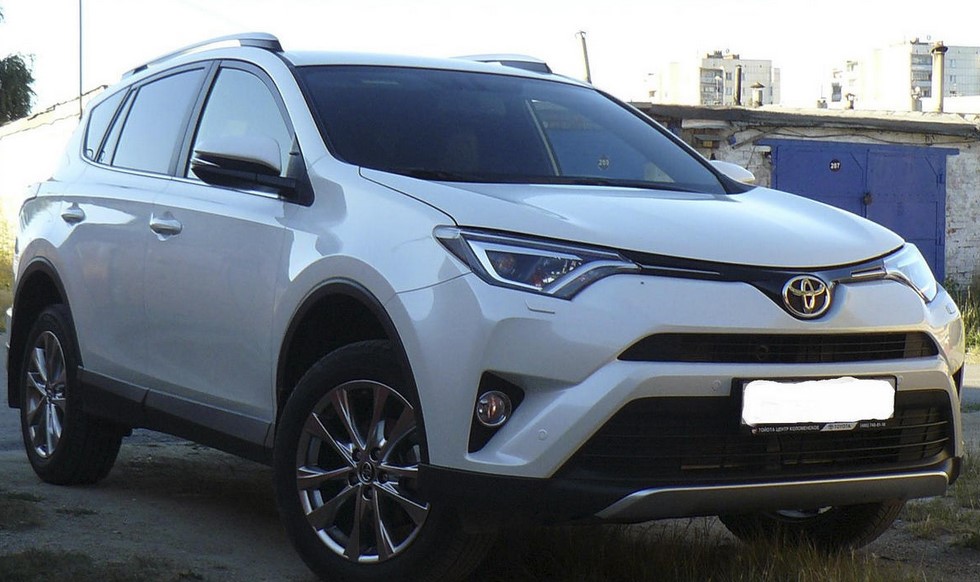 The model has quite a few active-safety equipment features as standard. This is, by the way, typical for Toyota’s current models. The Safety Sense-P feature, for instance, includes an in-vehicle camera and a radar incorporated into the front grille, as well as a lane departure alert, automatic high beams, and an upgraded pre-collision system.
In the 2017 model year an all-new, more upscale Platinum trim with a monochromatic exterior was unveiled. Some of its features include a heated steering wheel, a power liftgate, and an upgraded camera.

The RAV4 Hybrid, which debuted in 2015, provides a much better fuel economy than the standard RAV4 and traditional compact crossovers, but costs more. It hits 60 mph faster than the standard RAV4 and there is almost no sacrifice in terms of storage space. All in all, the 2017 Toyota RAV4 Hybrid is one of a very few options for those who want to buy a compact crossover with seating for five and fuel economy. 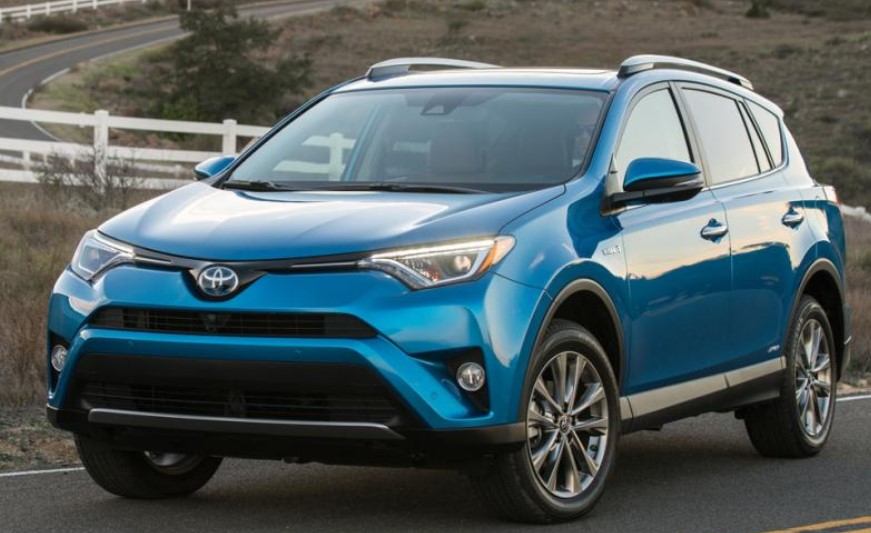