One of the most iconic auto logos, the Porsche logo survived more than half a century. You do not have to be a car enthusiast to recognize it as high-performance Porsche car are incredibly popular all over the world, they often appear in movies, including the top-rated ones (Fast and Furious, The Matrix, Top Gun, No Man’s Land, and many others). 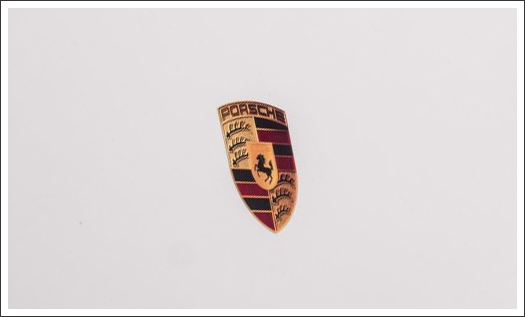 The central element of the picture is a horse. It reminds of the coats of arms of Stuttgart and the Free People's State of Württemberg, These emblems were the base of Porsche symbol. Two more important elements of the emblem are the antlers and red-and-black stripes.

Ferry Porsche sketched the first draft more than six decades ago, on April 25, 1952. The company’s legend tells, that this draft appeared on a serviette in a New York restaurant, where Ferry was having breakfast with Max Hoffman (he imported cars of this brand into the U.S.). This man’s name is also important in this story, as he took part in creating this sketch.

Having come back to Europe, Ferry talks to Franz Xaver Reimspress and engages him to create the Porsche logo based on this first draft. The artist creates the crest that nowadays can be seen on any Porsche car. Several months later, in late 1952 the new logo made its debut: it appeared on the 356 Pre-A's a steering wheel. Two years later, in 1954, the logo appeared in the bonnet handle of the 356 Pre-A.

It is worth mentioning that the 356 #1 also has this logo on its steering wheel, but that’s a later addition. In fact, this vehicle was launched long before the Porsche logo was invented.