The six stars seen in the Subaru logo represent a cluster of stars named Pleiades and remind about the early pages in the company’s history. Those stars are blue - the fact that affected the choice of color scheme for the logo. A slightly modified Microgramma typeface is used as the basic font.

The origin of the brand’s name

To understand the meaning behind the Subaru badge, it is important to know the origin of the company’s name. By the word ”Subaru” the constellation of Taurus is called in Japan. The meaning of this word in English can be described as “unite”, “govern” or “combine”.

The meaning of the Subaru logo 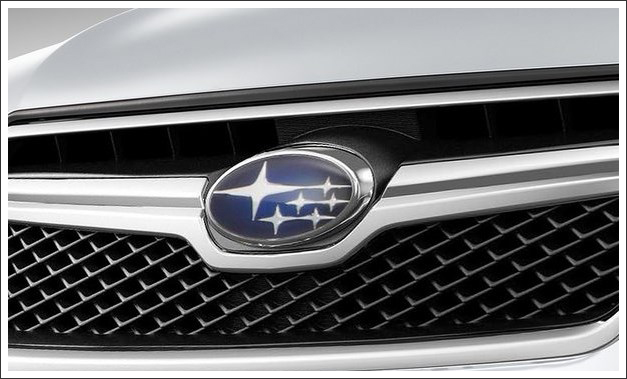 Looking at the constellation of Taurus, you will easily identify a cluster of six stars. They are very clearly seen in Japan and thanks to this have guided travelers for centuries. It is important to point out that one of the stars is bigger than the others – this fact is also connected with the meaning behind the emblem.

The history of the Subaru symbol

You probably know that cars under the Subaru brand are manufactured by an auto wing of the FHI group (Fuji Heavy Industries Co.), one the largest transportation conglomerates in Japan.

Each star in the logo represents one of the companies that formed this group back in 1953. In fact there were five companies, each having its own unique specialization (Fuji Kogyo, Fuji Jidosha Kogyo, Omiya Fuji Kogyo, Utsunomiya Sharyo and Tokyo Fuji Sangyo). The sixth, and also the largest, star in the Pleiades constellation visualizes the parent company that appeared as a result of this merger - Fuji Heavy Industries.